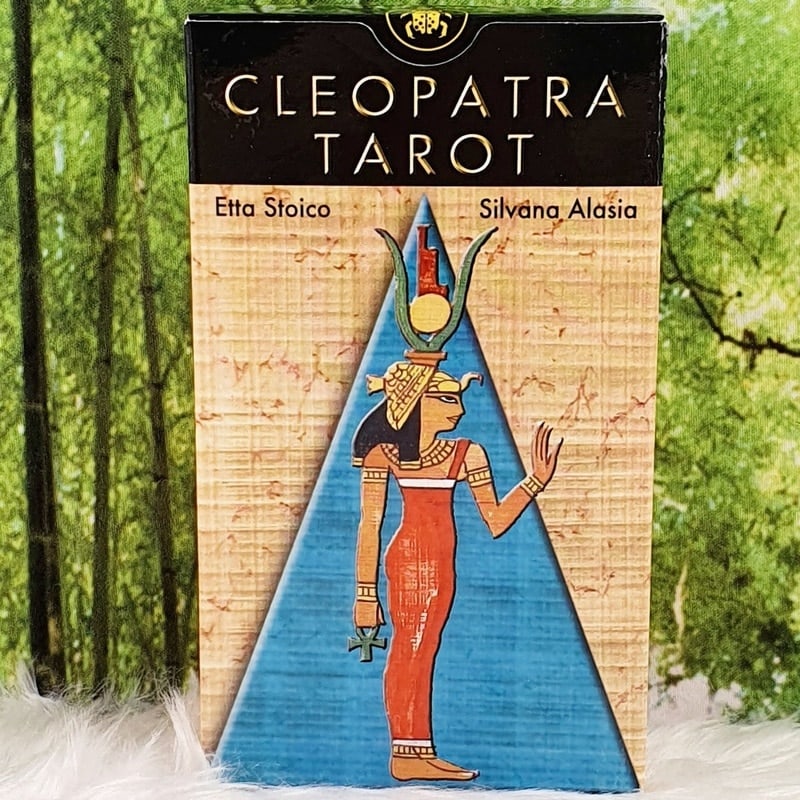 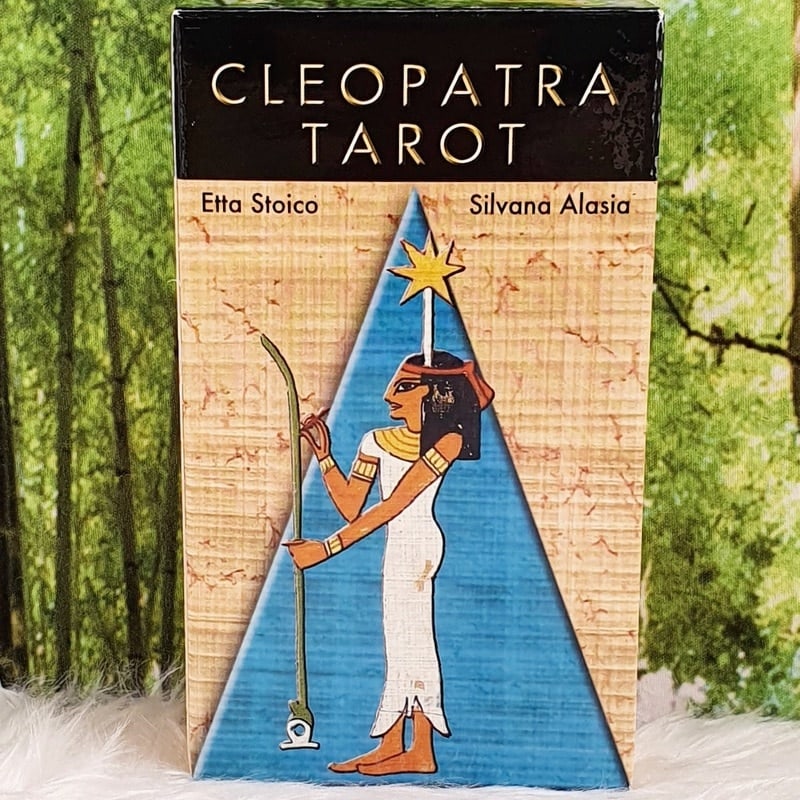 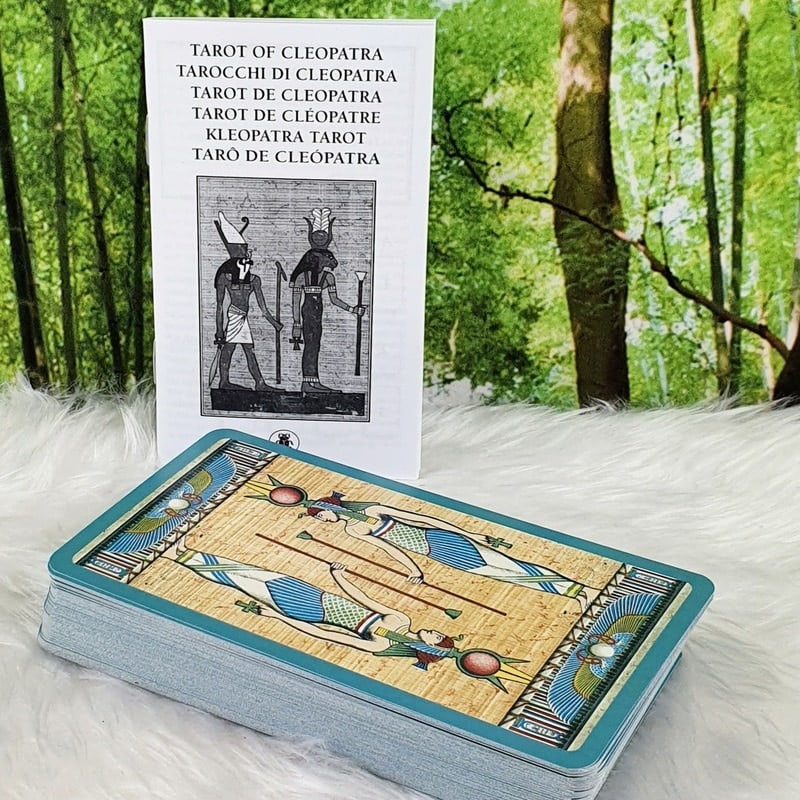 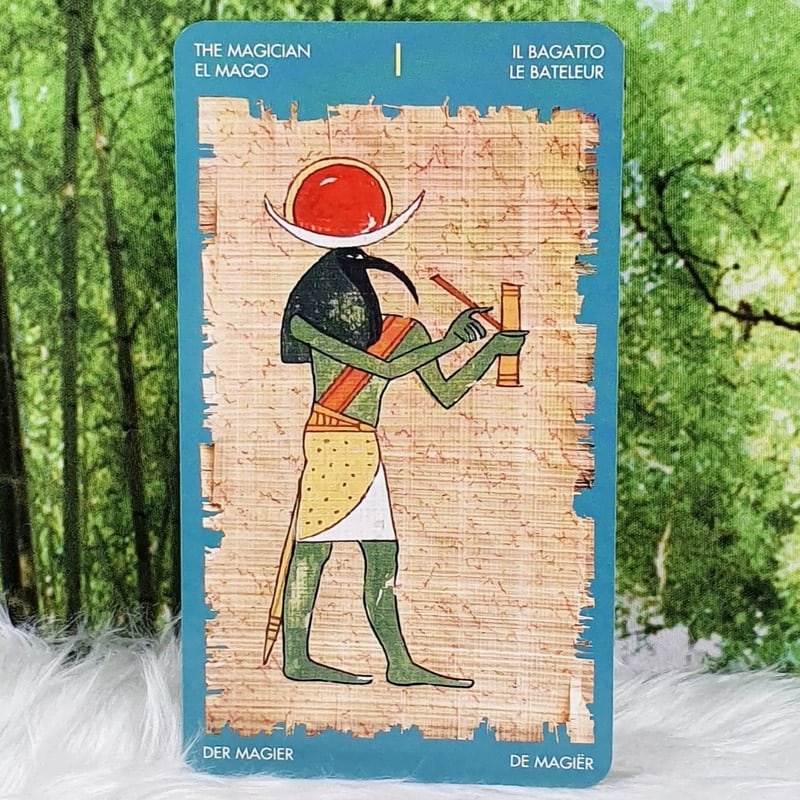 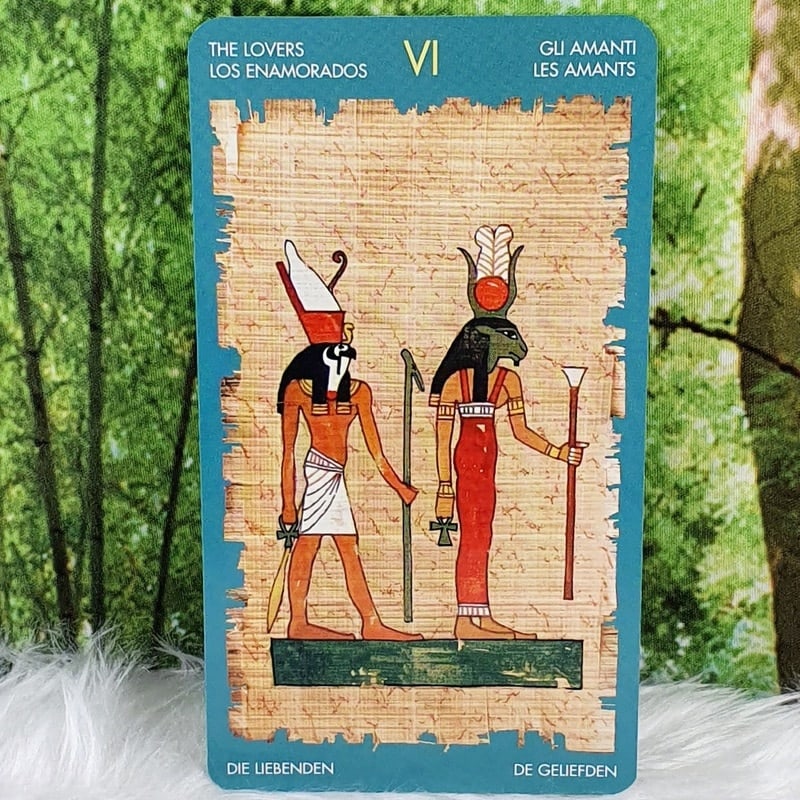 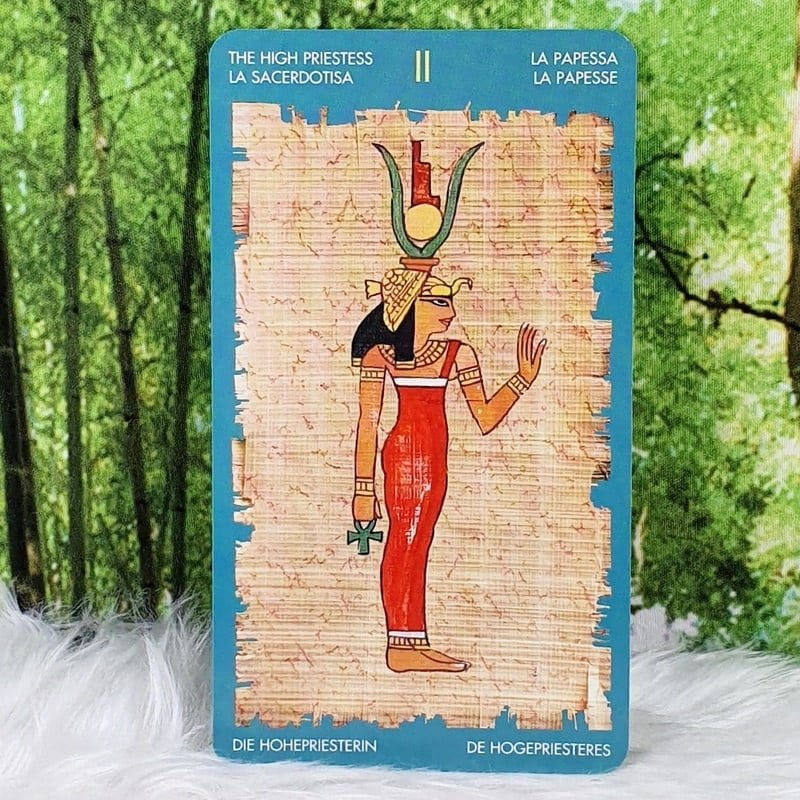 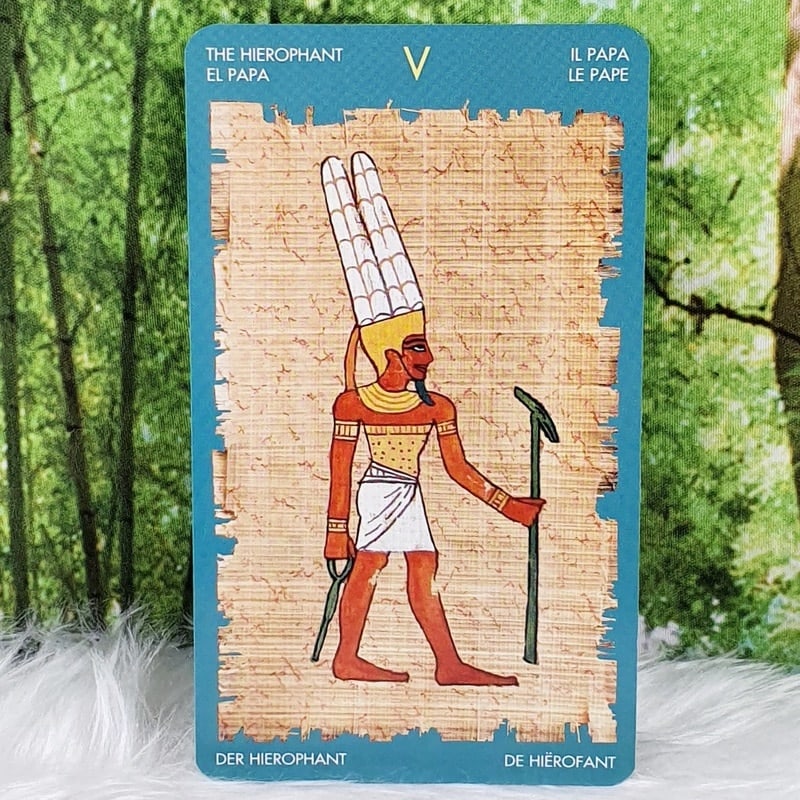 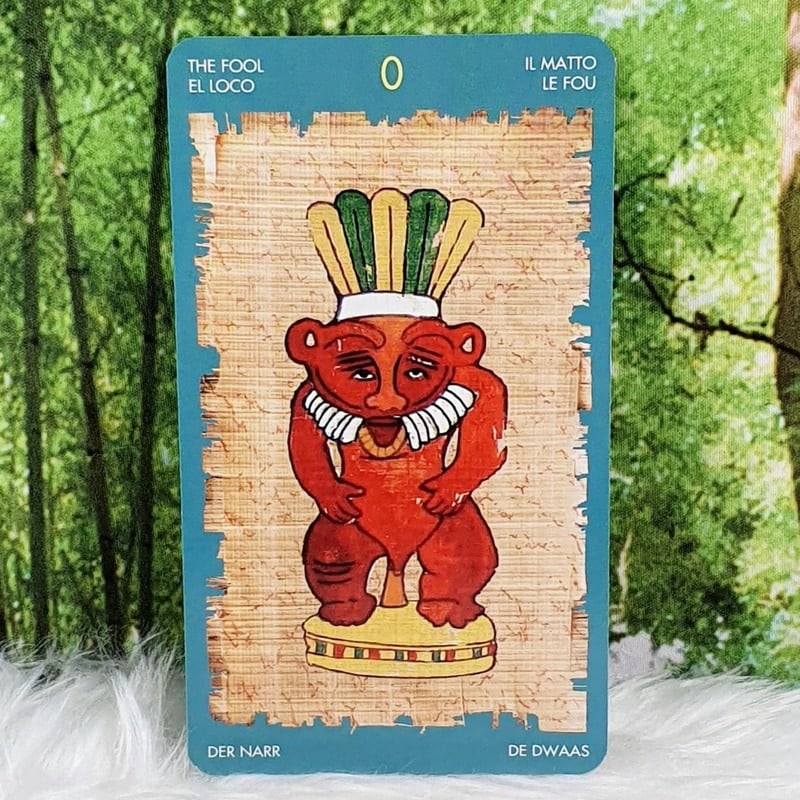 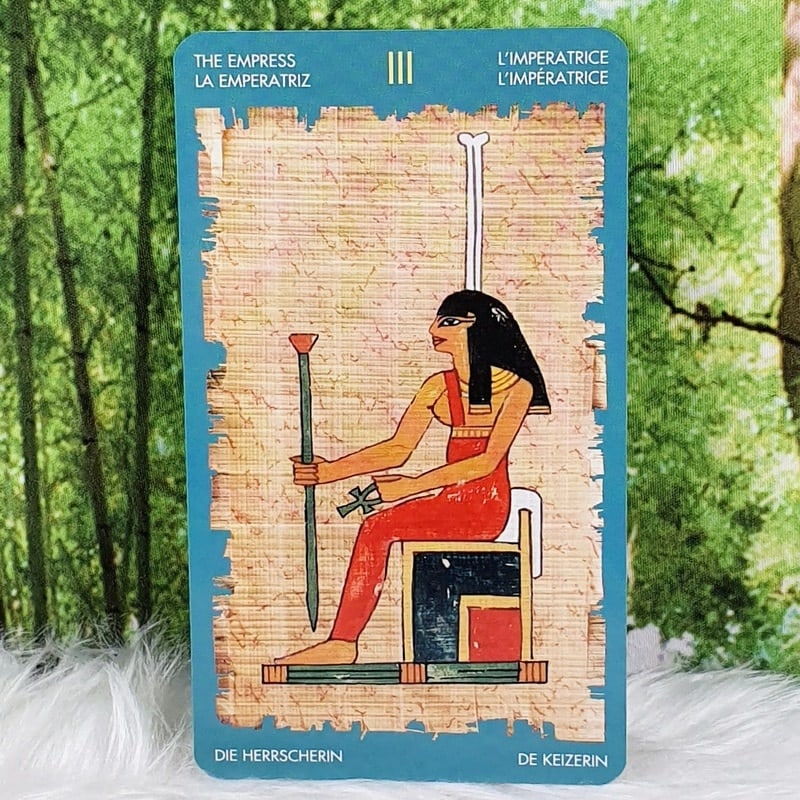 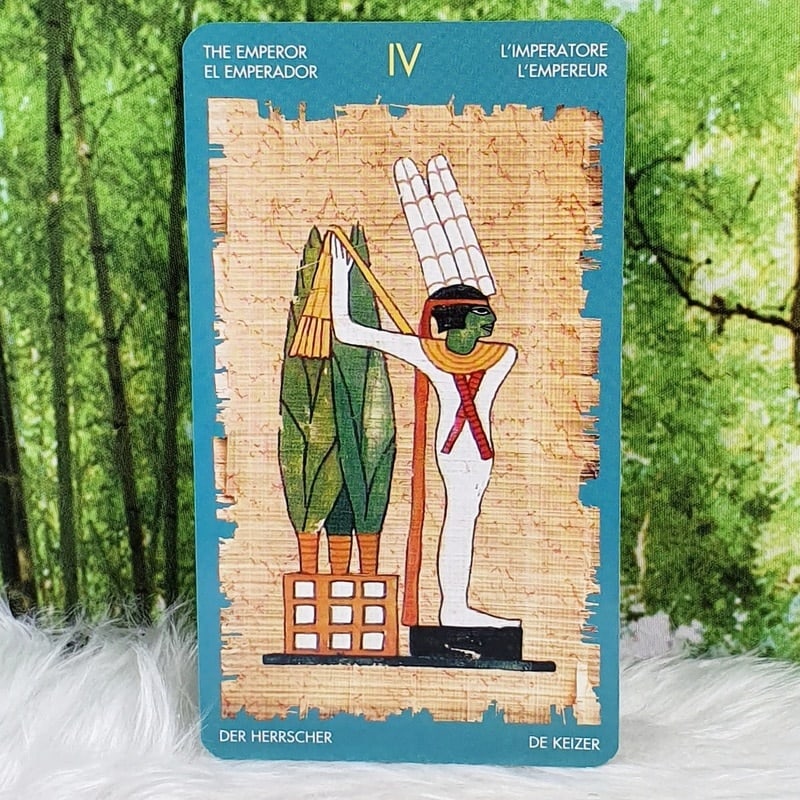 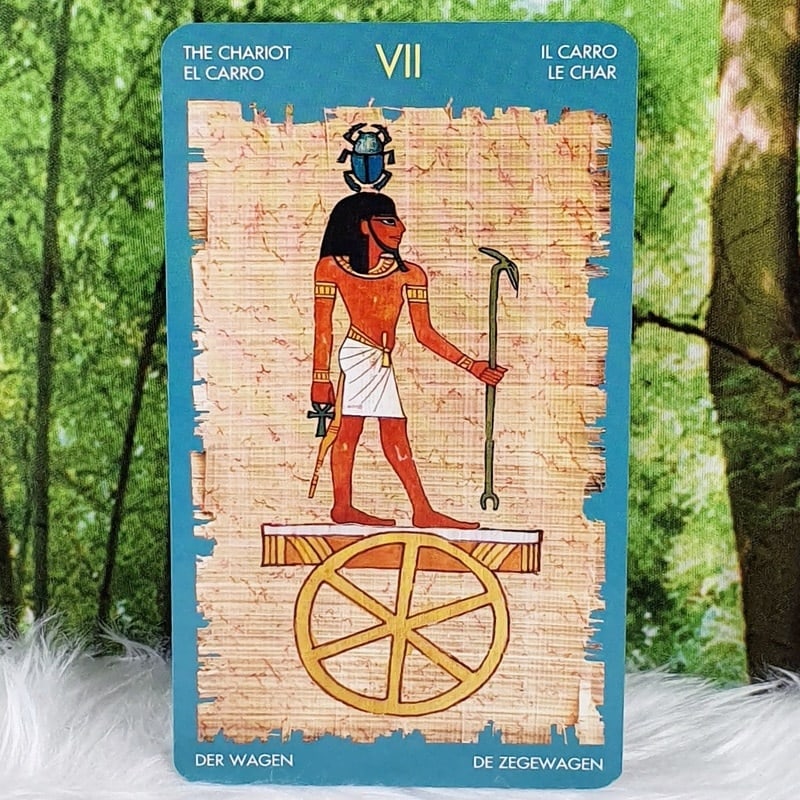 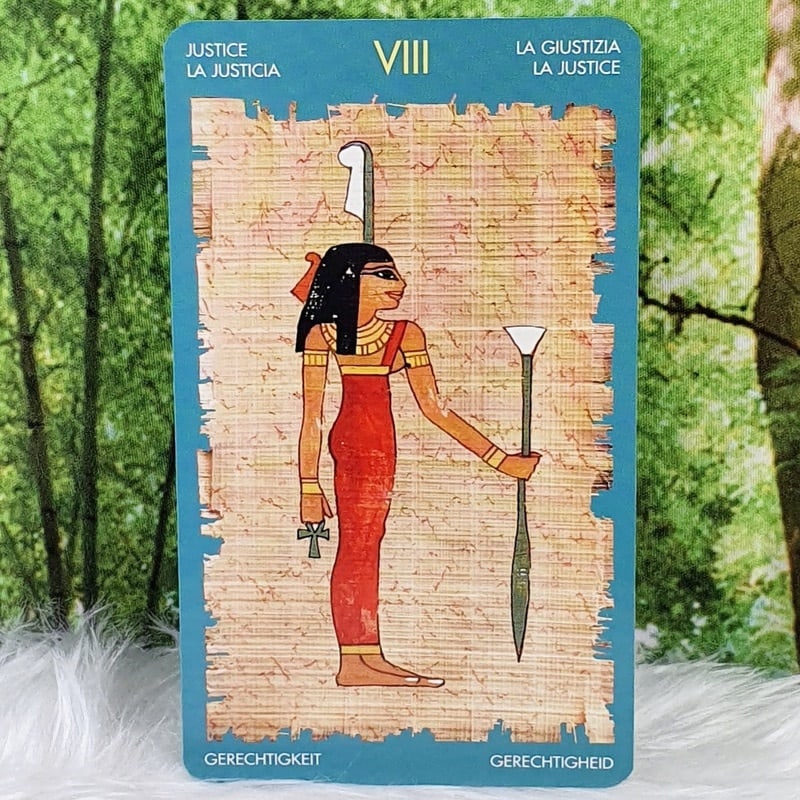 An extraordinary tarot deck that unites the Egyptian astrological tradition with the symbolism of the Tarot.

This deck is dedicated to the last Egyptian queen, Cleopatra, famed for her extraordinary culture and intelligence, as well as for her exotic beauty.

Born in the year 69 Before Christ, Cleopatra became queen at the age of 18 and immediately found herself in charge of a kingdom during a very difficult period. In an unconventional political move, she seduced Julius Caesar, who had arrived in Egypt as conqueror in 49 B.C.

She move to Rome to live with Caesar and gave birth to a son, Ptolemy Caesarione, who, according to her plans, on the death of Caesar, would have dominated the empire born from the union of Rome and Egypt. However her ambitious plan was ruined by the death of the dictator in 44 B.C. and the subsequent civil war in Rome.

Cleopatra returned Alexandria in Egypt, and, afraid of being left out in the struggle for power, seduced the triumvir Mark Anthony, governor of the eastern Roman provinces. They lived together for three years despite the fact that he was already married to a Roman woman.

During that period the queen bought back into vogue the Egyptian religion, promoting prayer, rites and gifts to the ancient gods. When the war for power broke out between Mark Anthony and Octavian, the later won, defeating his enemy in the sea battle of Azio.

In 30 B.C. shortly after the death of her lover, Cleopatra, heart-broken by sorrow, took her own live by letting a poisonous snake bite her.

The Zodiac of Denderah, a bas-relief engraved on the ceiling of the Temple of the goddess Hathor at Denderah, dates back to the epoch of Cleopatra. This work which is the most complete map of the ancient sky, is testimony to the union of Egyptian astrology with that of Greece-Babylonia, which began three centuries prior. In fact the zodiacal signs and the five planets placed in the signs of their exaltation can be clearly recognised. Outside of the zodiacal circle however are the 36 Doyens, celestial divinities to whom the Egyptian astrologers attributed great powers, considering them capable of conditioning the character of a person as well as their daily actions and their destiny.

The Cleopatra Tarot synthesizes the religious and astrological culture of that time, reuniting the 78 Egyptian divinities divided into groups according to their power.

The Major Arcana illustrate 22 superior divinities whose area of action is connected to those of the 22 Triumph cards of the Tarot. The court figures are 16 divinities with a slightly inferior range than the previous ones. The numerical cards from 2 to 10 are the Doyens, the “monthly spirits” represented in the Temple of Denderah.

Finally, the four aces represent the three traditional seasons of the Egyptian calendar and the crucial days of Sopedet, “the ascent of Sothis”, (which is the star of Sirius): a period that coincided with the beginning of the full benefits of the Nile.

In this way the cards are a formidable divinatory instrument, that unite the Egyptian astrological tradition to the symbolic dimension of the Tarots.

Be the first to review “Cleopatra Tarot by Etta Stoico and Silvana Alasia” Cancel reply
Shaman Tarot by Massimiliano F... 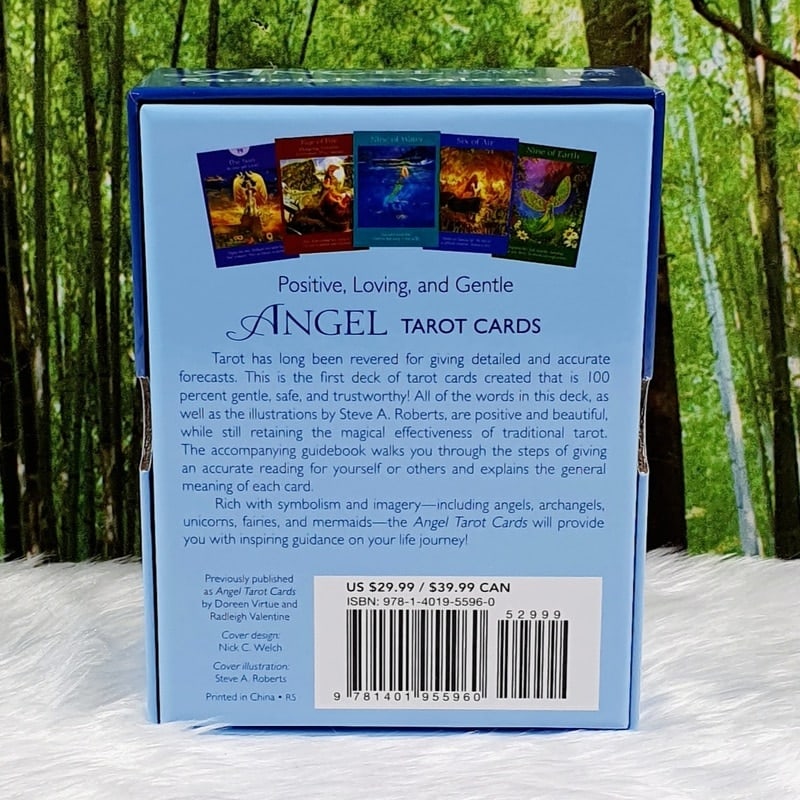 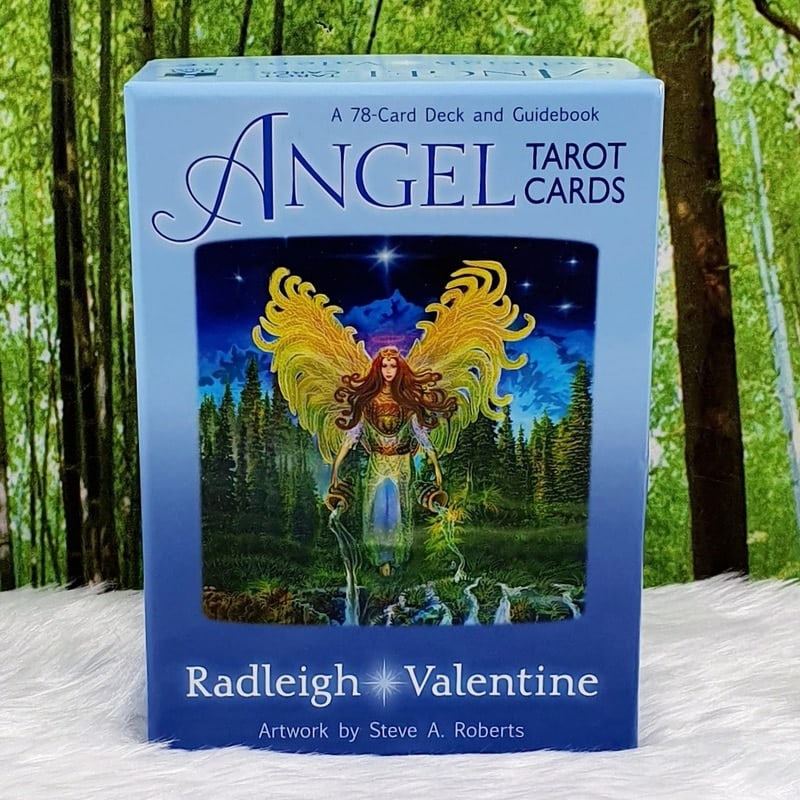 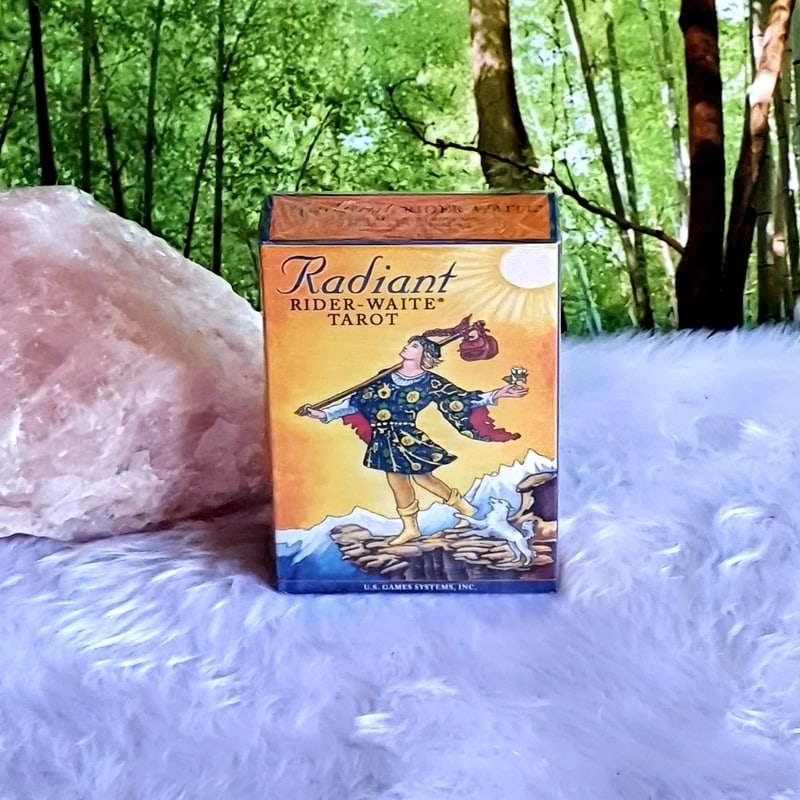 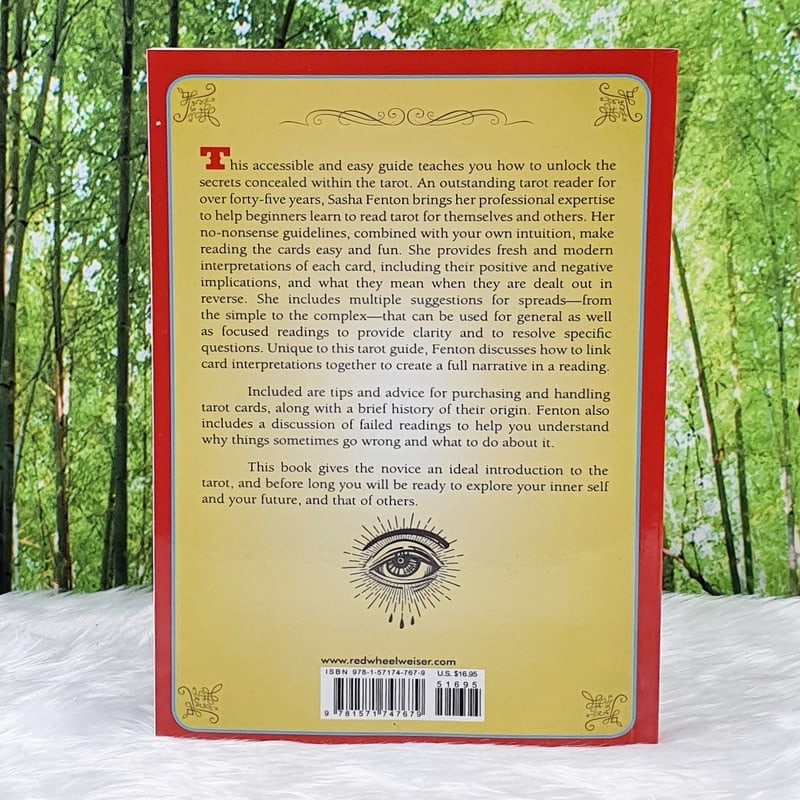 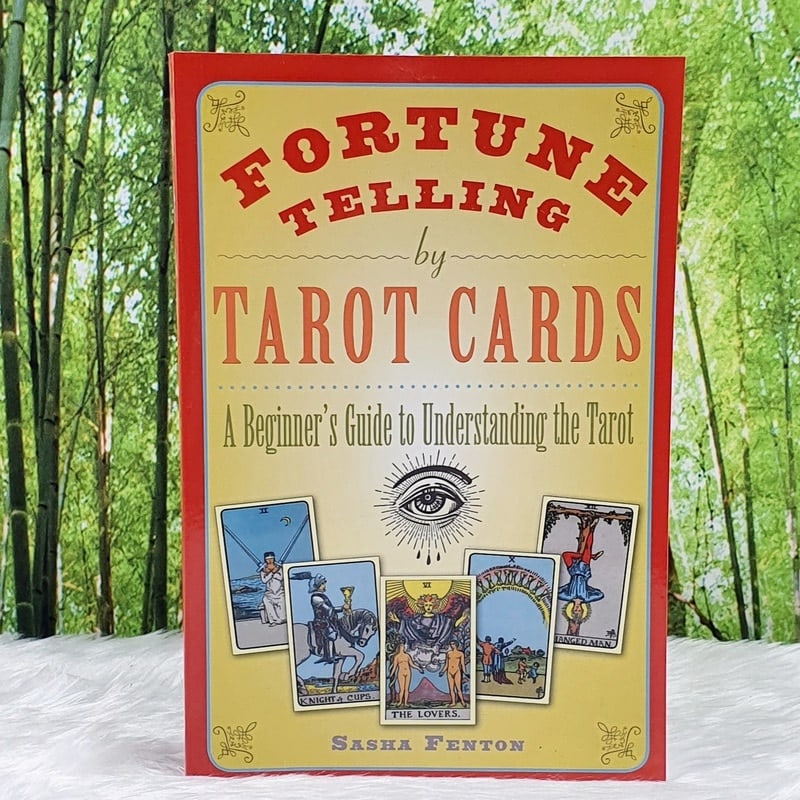 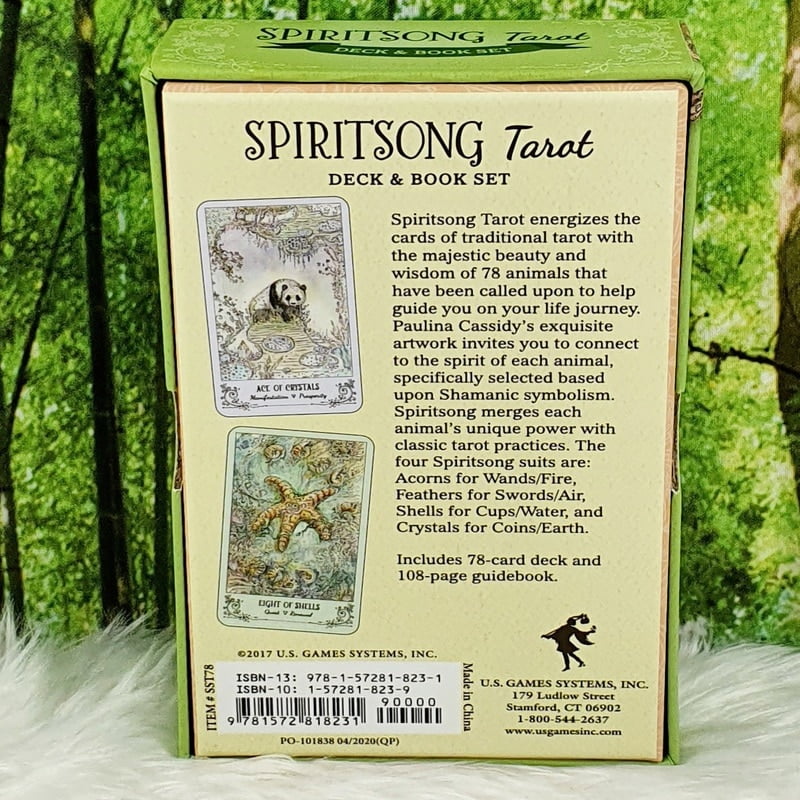 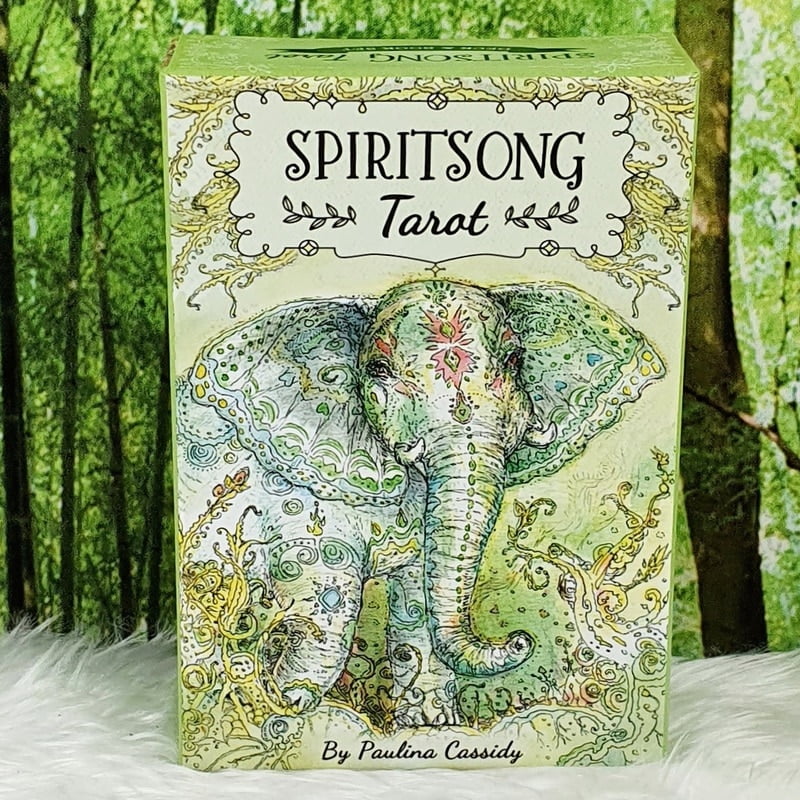 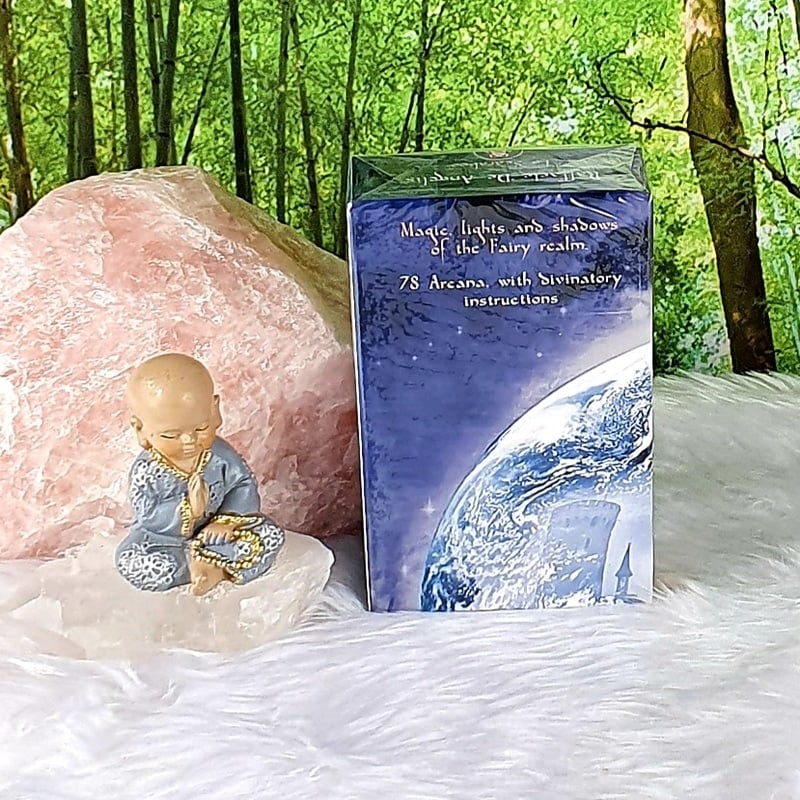 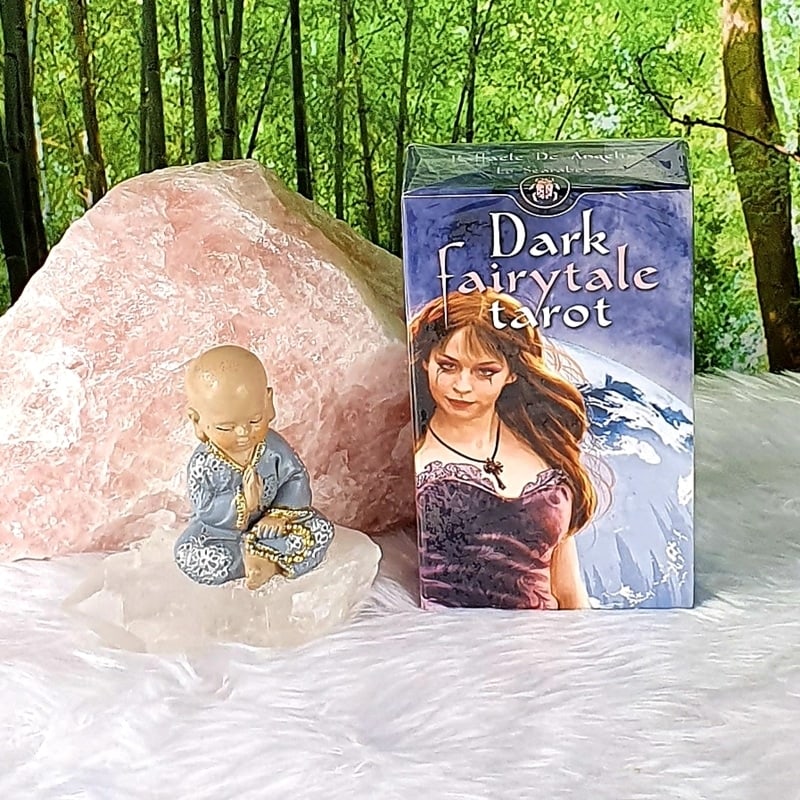 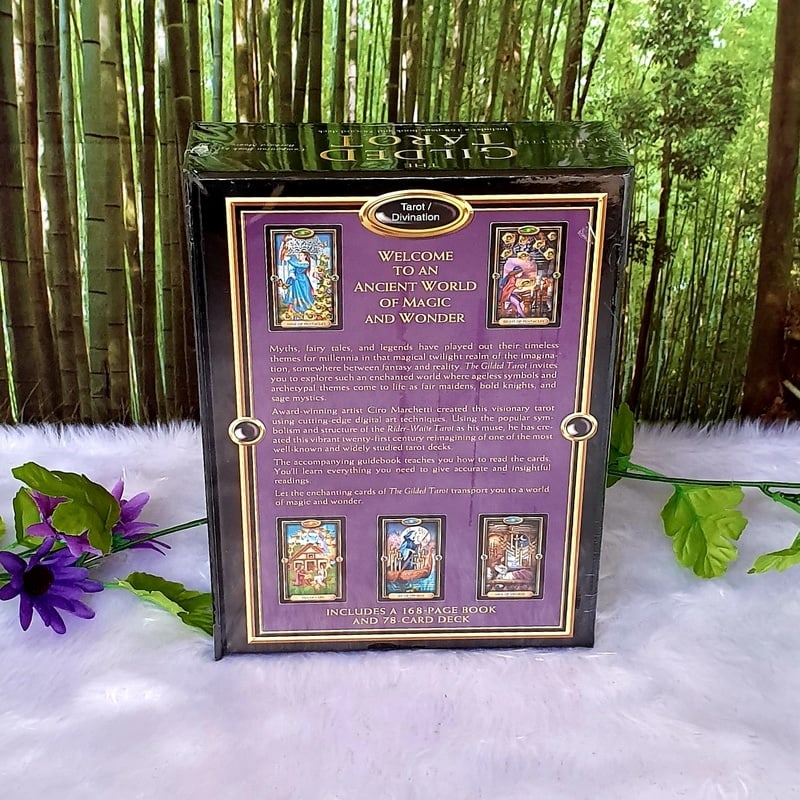 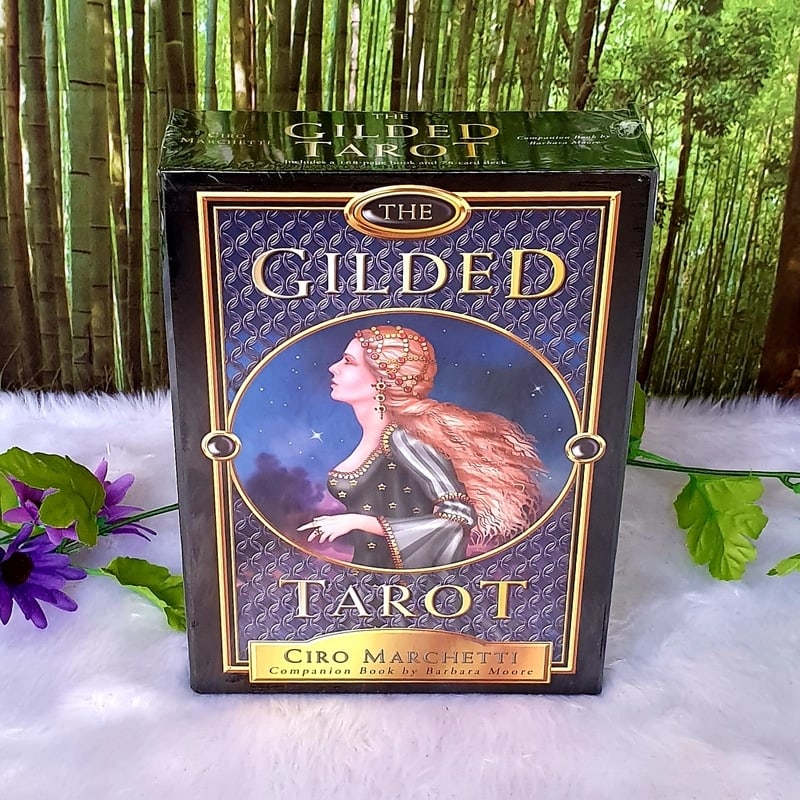 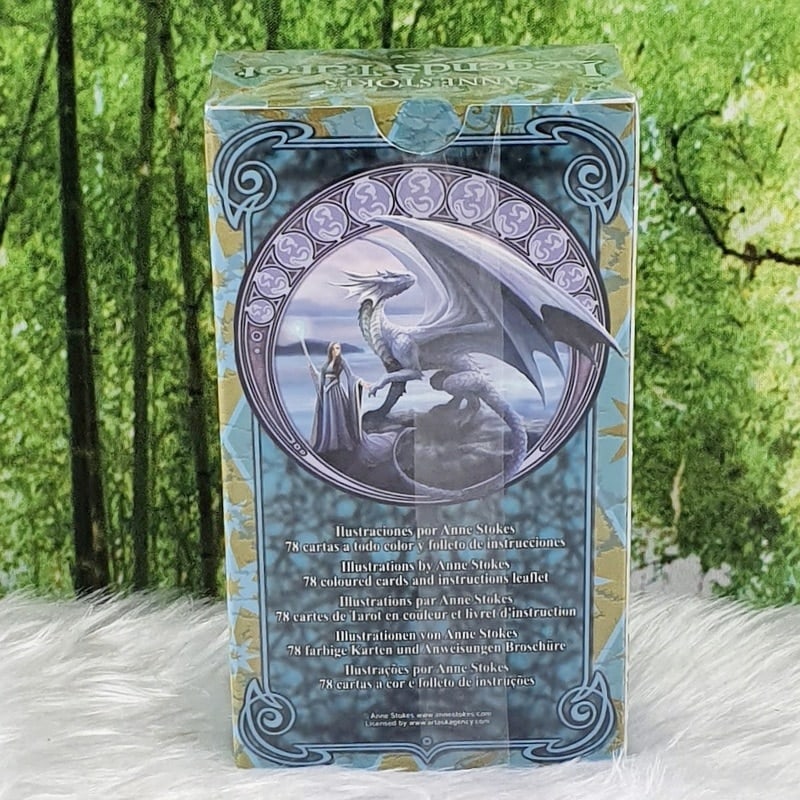 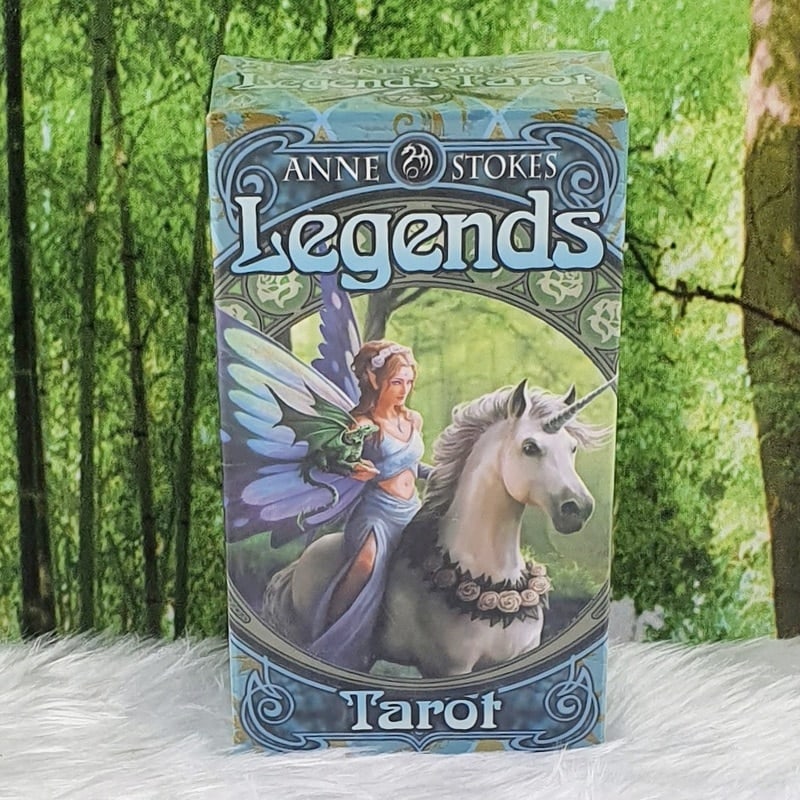 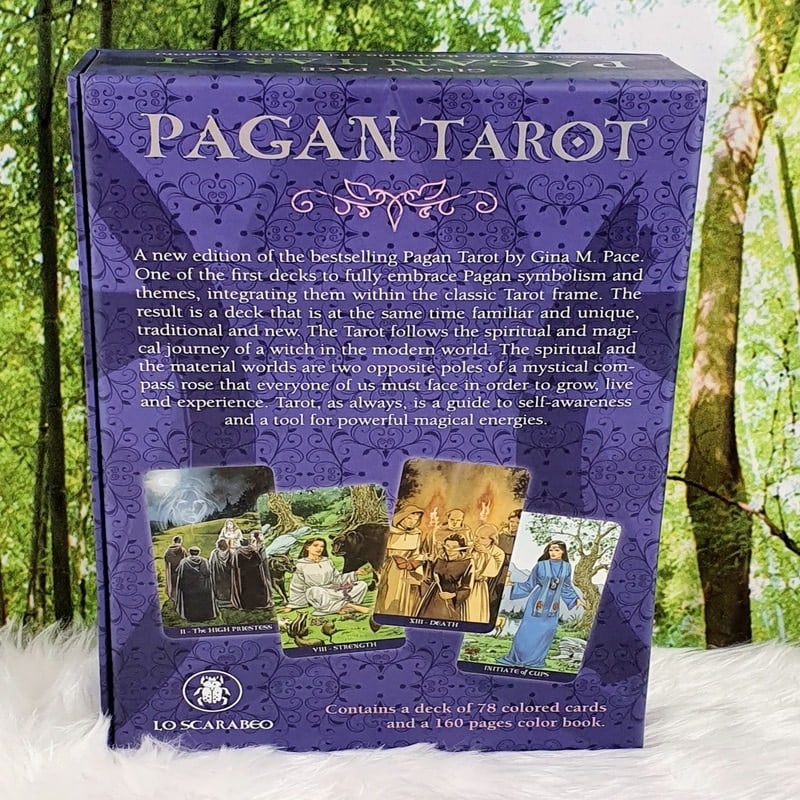 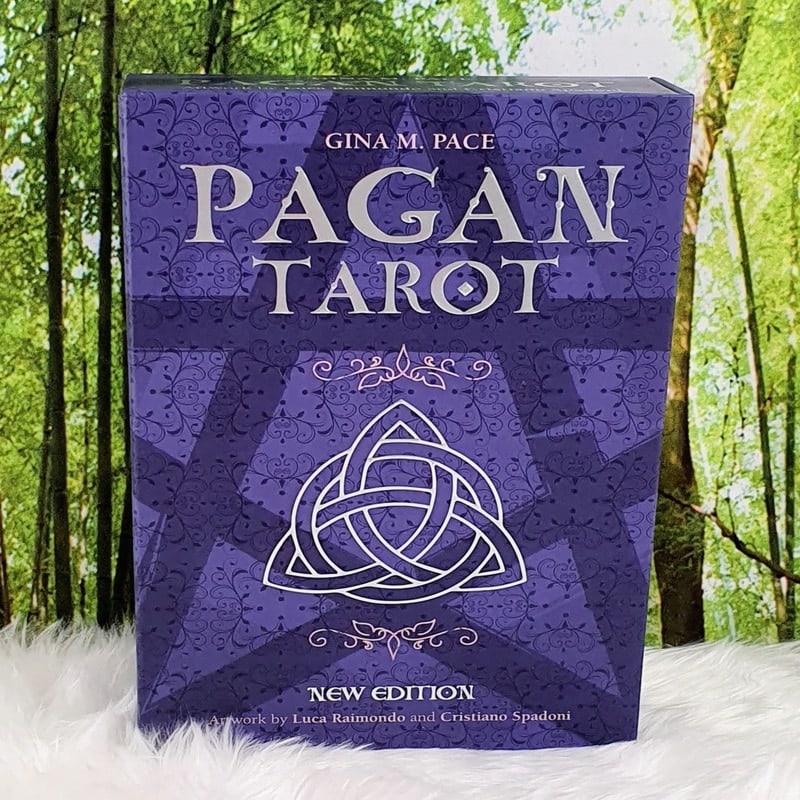